Are you a breeder? If so, you will know the importance of the stud dog for successful breeding. If you are new to breeding, then you must know selecting the correct stud dog is the most important part of breeding.

The male dog used in breeding is known as the stud dog. When you have a female dog, you need to select the stud dog that will help you get the best results from breeding. You need to choose a dog with a good pedigree or having the traits you prefer.

The process of selecting a stud dog can be daunting. After all, there are so many stud dogs to be found. To help you make an easy decision, we have some guidelines. They will help you objectively find the right stud dog for breeding.

When you are breeding dogs, you may be concerned about the lineage. You would want to maintain a pedigree through the breeding. In such a case, you need to find out the pedigree of the stud dog before choosing it. You would then need to find out the genetic history of the stud dog and verify the details before proceeding. While checking for pedigree, look for performance in shows, medals won, etc.

2) Check for its traits

When lineage is not an issue, then you need to focus on the traits of the stud dog. You would want to breed dogs of good temperament and behavior that would easily find homes. For this to happen, you need the stud dog to have good traits. Look for a stud dog that is well-behaved with a pleasant temperament. Check out the traits of the dog before going ahead. You can spend some time with the dog to assess its behavior. Check if the dog is shy or anxious while meeting people. Look for aggressive behavior in the dog. These are not good traits for a stud dog.

The female dog you own may not be perfect. She probably has flaws. This is to be expected and not unnatural. It is important that you select a stud that complements these flaws. This will help in avoiding the flaws, so the puppies would be perfect. For example, your female may have a thin coat. In such a case, choose a make that has a thick coat of hair. This will ensure the puppies would have a good coat of hair.

The health of the male dog needs to be checked. This is very important. Don’t take things at face value and ask for the medical history of the stud dog. The medical history will reveal if the dog has any serious health issues. In particular, check out for genetic diseases as these are likely to be transferred to the offspring. You can even talk to the vet to get all your doubts clarified.

Apart from checking the health records, you can insist that the stud be given a check-up by your vet. This will ensure you get an unbiased opinion of the dog. The exam by the vet would check the general health, heart health, knees and hips, and the genitals. A Brucellosis test is important and should be conducted to rule out this disease.

5) Talk to the owner

Have a detailed talk with the owner to get all your queries about the dog clarified. Ideally, you should get a stud dog from another breeder. This will ensure the breeder understands your requirement and the process will be smooth. Look for a breeder who is a member of the kennel club or any other such association. Get an agreement signed that covers all the issues including the fee to be paid. Some stud owners may ask for a certain number of puppies in return for the stud dog’s services. Get all these clarified through an agreement to avoid acrimony later.

As discussed above, a fee needs to be paid to the owner of the stud dog. The fee would cover the use of the stud for breeding. In case, you are not mating the dog but getting its semen then ensure all the related points are covered. This includes the cost of shipping and the cost of artificial insemination. You can negotiate the fee, so you finalise an amount that is mutually acceptable.

8) Think carefully if you are crossbreeding

Generally, breeders get the stud that belongs to the same breed as the female. You may decide to get a stud of a different breed. This is known as crossbreeding. A lot of thought is needed before going ahead. The compatibility of the two breeds need to be considered. Get clearance from your vet before proceeding. If the stud dog belongs to a breed that is larger in size, there could be problems. The mating may be difficult, and the pups could be large sized causing problems during delivery. This is why a proper evaluation has to be done before going ahead with crossbreeding.

There are many logistics involved in breeding. You need to be prepared for it. Decide on a date when the stud dog would be brought to your place. In case of artificial insemination you need to fix a date with the vet to get the insemination done.

Popular posts from this blog 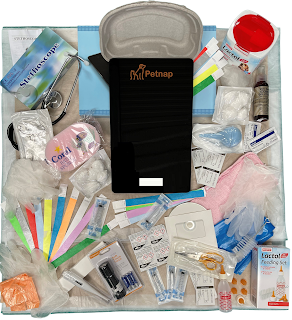 When whelping puppies, it is very important to be prepared, having what you need on hand is essential for a successful and easy whelp. Whelping Kit   Things you should have prepared include the following:   Phone number for you vet and on call vet in case it is out of hours. It’s a good idea to a friend or other family member available to call on if required. If you do need to make a dash for the vets make sure you have some around for child care. Keep the car with plenty of fuel in the last thing you want to have to do is refuel on the way. ....That’s the emergency part out of the way although everyone hopes not to have to go down that route. What would you need in your whelping kit? Well typically one of these whelping kits from Petnap has everything you ever likely to require.   Contents: * 2oz bulb syringe / nasal aspirator * Scales (up to 5000g) (If purchased with) * LED Torch (inc batteries) * Scissors (sterile, nursing) * Stethoscope (medical gr
Read more 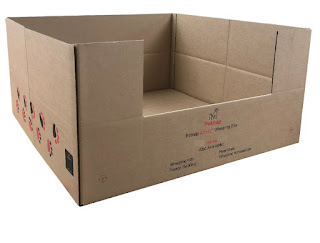 A  whelping box , also known as a birthing box,  whelping pen and nesting box is used in order to protect the puppies after the whelping process is completed and during the early stages of life when they are most vulnerable. The whelping box keeps them safely contained away from the cold, most whelping boxes also contain rails or poles around the lower edges of which we get asked all the time what these are for and the short answer is they stop the mother crushing the puppies up against the sides of the box which could cause the puppies to become suffocated as well as being crushed. At petnap we sell 2 types of nesting boxes, Disposable Cardboard and Reusable Plastic whelping boxes. Both of these boxes will cope with the duration of the whelping process normally around 6 to 8 weeks before they then move on to a more suitable environment like a play pen as they become ever more adventurous. We stock 5 sizes in both types giving you plenty of choice as also have heavy duty plasti
Read more 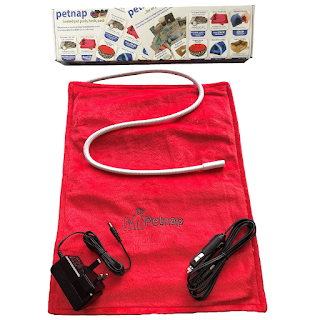 Many cats and dogs just love curling up for a nap in the warmest spot they can find. A pet heat pad is the perfect way to guarantee there’s a cozy place for them, whatever the weather. This can be especially useful for older pets, or those with a litter of puppies or kittens.   These include a removable, washable cover. This pad is also thermostatically controlled, meaning it heats up to the body temperature of your pet, but won’t overheat above this.   Pet heating pads are for every four-legged friend that loves a toasty, cozy spot to nap in. Cats and dogs both!
Read more